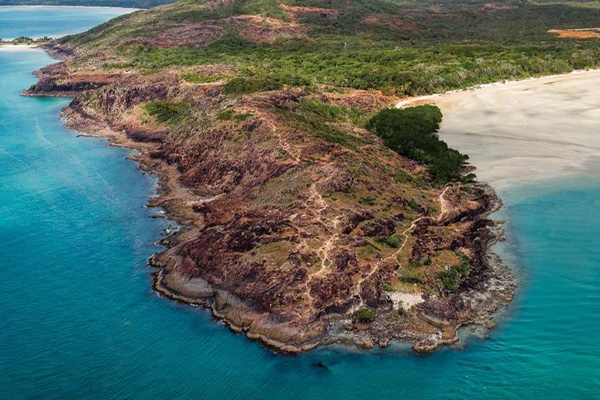 Explore Australia from a unique perspective, while travelling in style with these private jet tours from APT:

Kick things off in Perth then journey south to Margaret River for wine and chocolate tastings, followed by a stay at the Pullman Resort Bunker Bay. Fly east to the historic mining town of Kalgoorlie before taking of to the coastal town of Exmouth, where you’ll cruise the turquoise waters of Ningaloo Reef. Another highlight includes a flight over the iconic beehive domes of the Bungle Bungle Range.

Fly from Sydney or Brisbane to Longreach, then it’s on to Winton and Mount Isa, before you fly over the tip of Australia en route to Thursday Island. Catch a ferry to Cape York the next day, then reboard your private jet to Cairns on your way to Port Douglas, where you’ll stay for two nights. Hamilton Island is your final destination, staying at the ReefView Hotel overnight before returning to Sydney or Brisbane.

Begin your journey with a flight from Melbourne to Kangaroo Island, where you’ll spend a night before heading to Port Augusta and then Wilpena Pound, where you have two days to explore. Reboard your flight and soar over spectacular country en route to Uluru, where’ll you stay for two nights at the iconic Sails in the Desert. On Day 6, fly into Alice Springs before heading to Katherine and, finally, tropical Darwin.

Departing either Melbourne, Sydney or Brisbane, you’ll first fly to King Island and explore its gourmet delights. Next day, drive to Cradle Mountain and walk around spectacular Dove Lake. Then you’ll head back to Burnie where you’ll rejoin your private jet and fly to Hobart for two nights. MONA and Salamanca Market are must-dos before you head home. 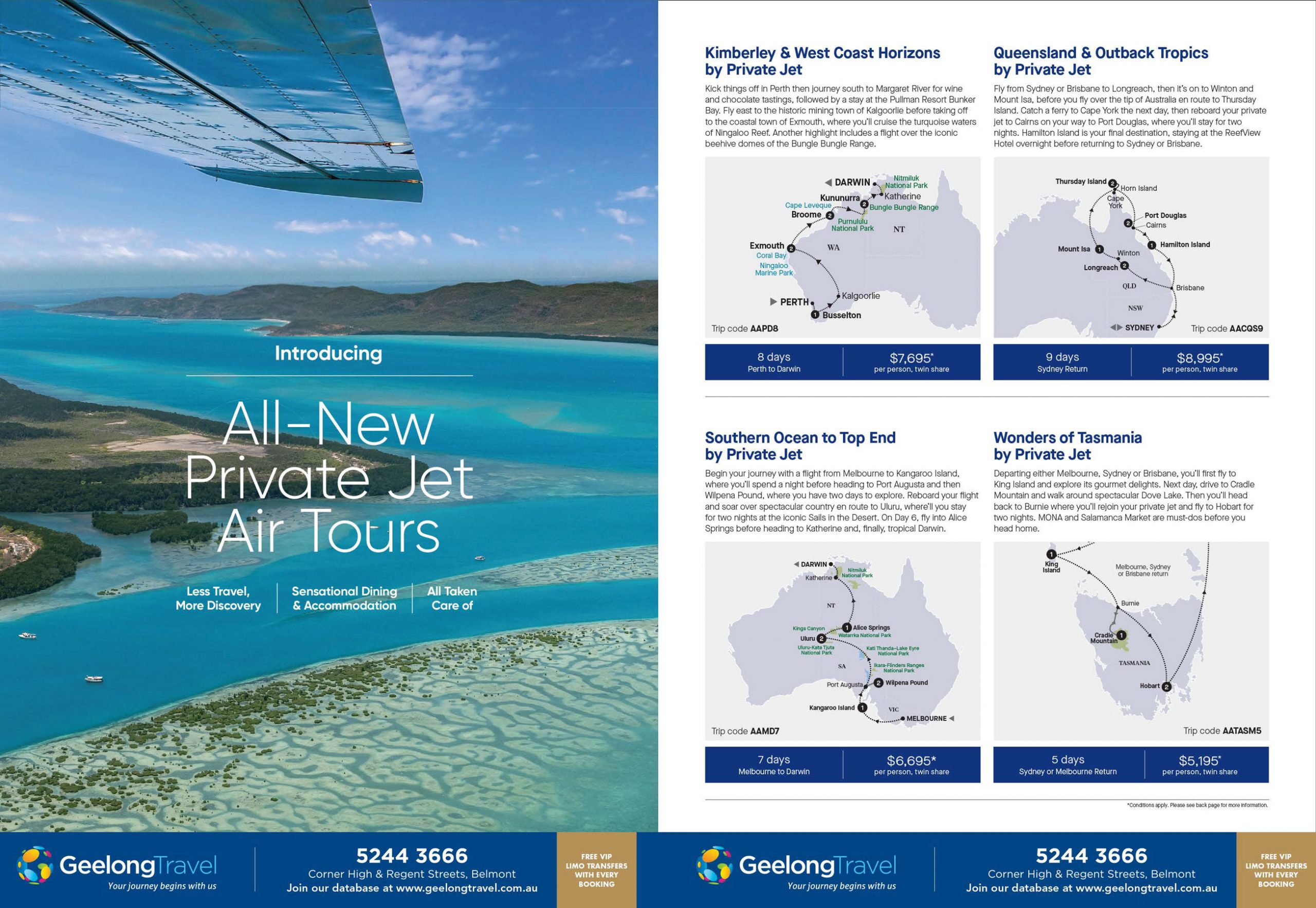